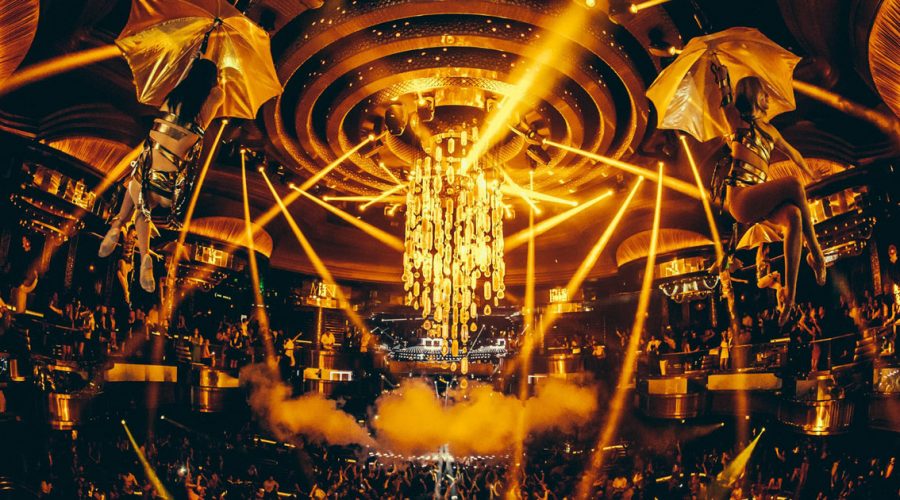 Looking for the best nightclub on a Tuesday night?

Well, the search is over.

Las Vegas is one of the bizarre cities where it’s normal and sometimes even expected to hit the clubs to party on Tuesdays. And as strange as it may sound, this is actually a great night to go out and add some spice to your week.

In fact, many would argue Tuesday nights are somewhat of a legend. And it’s definitely a night that hosts some of the best parties here in Vegas. But, frankly, weekdays are the best nights to go out in general since they’re usually more low-key than a busy weekend. And it’s far easier to connect with your friends and enjoy the nightlife experience more casually.

Not to mention, you’ll also skip that dreaded hour-long wait at the door. Plus, Tuesday is also an industry night here in Las Vegas. So if you’d like to mingle with trendy nightlife insiders from other nightclubs, now is the time to build your network. Together, going out on this night is a must if you’re looking to add some fun to your week.

That said, let’s talk about the best Las Vegas nightclub on a Tuesday.

Historically, it used to be that Hyde, Drai’s, and Omnia were the nightclubs of the day. But, Drai’s changed its operating hours, and Hyde closed altogether, so the playing field has changed these days.

Located in Caesars Palace, Omnia Nightclub is now the only nightclub open on Tuesdays. Thankfully, this isn’t a bad thing. Instead, it’s actually excellent news. Omnia Nightclub is easily one of the most over-the-top and jaw-dropping mega clubs in Vegas. And now, being the only option, it’s an even easier choice for those looking for a party that’s sure to impress.

Omnia also has a separate hall called the Heart of Omnia, designed as a seductive liar with a dark and intimate mood. There you’ll experience many favorite open-format DJs in the Hip Hop scene, including Justin Credible, Loud Luxury, Party Favor, and DJ Drama.

Or shake things up completely by heading upstairs to the Terrace. Here you’ll experience yet another dance floor playing House music, along with a separate bar, cabanas, and sofas. You’ll also have an open-air venue on the rooftop of Caesars Palace and see gorgeous panoramic views of the Strip, including Paris, Ballys, and The Flamingo Casinos. And this view alone is definitely wow-worthy.

Not to mention, Omnia also offers world-class VIP services. Of course, like most venues, they offer the standard assortment of VIP tables in the main room. However, unlike most, a grand staircase resembling several grand opera houses brings you to their balcony level.

Here you’ll find 12 opera boxes, providing a unique vantage point of the main dance floor below. There are also two grand skyboxes that offer the best view of the DJ performances. And this setup is ideal for large groups wanting an epic experience.

Overall, Omnia Nightclub brings Tuesday nights to a Friday night level with its outrageous high-end and dynamic design. While some would assume a weeknight would be a major downgrade, that’s definitely not the case with Omnia. The Heart of Omnia is known for throwing some of the craziest parties weekly, and Omnia’s industry night as a whole is a must. And it’ll definitely be an epic too.

Now that you know the best nightclub on Tuesdays, you can reward yourself with a fun night out. And you now have a great spot to add to your radar that’s perfect to spice up your weekday.

Is Omnia busy on Tuesdays?

Yes. But it’s not quite as packed as on the weekend. So weekday nights give you more room to dance and relax without feeling too claustrophobic.

Is there a dress code at Omnia?

Yes. And Omnia has one of the most strict dress codes around. So much so that nightclub employees will single people out for dress code violations, mostly for sneakers. That said, play it safe when dressing for this club.

How much is a drink in Omnia Las Vegas?

Mixed drinks and shots average around $15, while most beers are $12.

Why Go To Vegas Clubs On Tuesday Nights?

Tuesday night gives you a weekend-style party without being overcrowded and stuffy. It’s also an industry night here in Vegas, so you can expect more local nightlife influences at the club than usual. Yet, the clubs still have world-famous DJs, specials on VIP services, but the usual crazy shenanigans of a weekend.