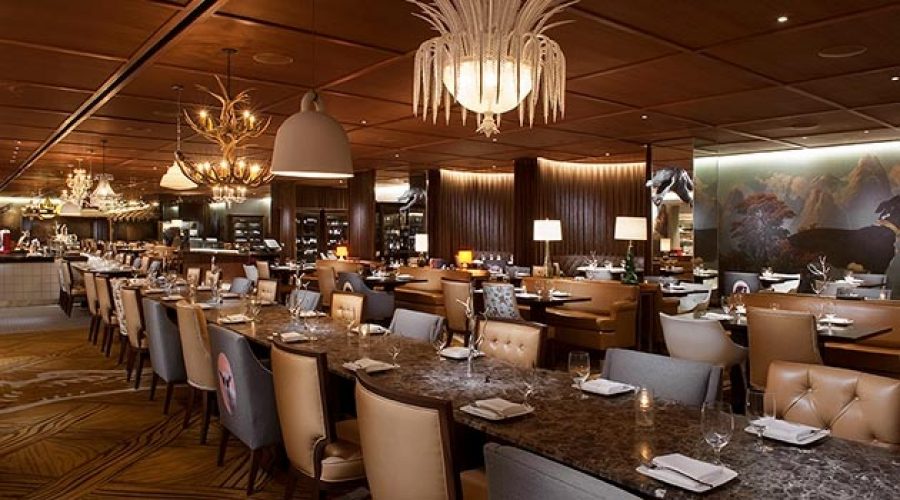 Eating new food and expanding your culinary horizons is one of the best things about vacations, at least if you’re a foodie. For us, visiting a new, highly rated restaurant with a special dish is an exciting way to enjoy the uniqueness a city offers.

Thankfully, if you enjoy eating, Las Vegas is home to some of the world’s most famous and acclaimed chefs. And there are probably more celebrity chefs here than you can throw a rock at.

Of course, you could come here merely to gamble, see a top-rated show, or experience the unrivaled nightlife scene. But, you’d miss out on eating at a good restaurant, which would be a real shame. However, you’ll be quite pleased to know The Strip is the hotspot and heart of the dining scene, and it’s where you’ll find most of the best restaurants in the city. So a good restaurant is certainly within walking distance.

The problem is Vegas is considered one of the pioneer culinary destinations in the world. And it has a specialty that can match any budget, palate, and nationality. In fact, there are literally 150 highly rated restaurants in this small 5-mile plot of land we call The Strip. So trying them all could quite literally take years.

With that said, we’ve narrowed down this otherwise grueling list by focusing on the most agreed-upon options. And here’s our pick of the best restaurants on The Strip.

Located in Caesars Palace, Restaurant Guy Savoy replicates this infamous Paris Bistro. And not only does it bring identical world-renowned French cuisine, but it also brings a modern design complete with an enclosed terrace overlooking the iconic Vegas Eiffel Tower replica and The Strip, creating a far more unique atmosphere. In fact, Guy Savoy Vegas is arguably the uppermost peak of fine dining since it has its own valet entrance in the Augustus Tower and a wine list larger than even Caesar’s hotel itself. So it’s quite the special occasion indulgence.

Owned by Michelin-star chef Guy Savoy, this restaurant mixes contemporary French cuisine with a flavorful and imaginative twist. And it delivers his most delicate and celebrated masterpieces. With that, expect lavish tableside services and signature dishes like the Colors of Caviar, Octopus Terrine, and the Artichoke and Black Truffle Soup. You also have several tasting menus available to you, including à la carte, the 5-star Celebration Menu, and the Krug Chef’s Table, a 10-course meal with an intimate view of the chef preparing every dish before you.

That said, if you’re looking for a super luxe French restaurant with an unforgettable upscale dining experience, Restaurant Guy Savoy at Caesars Palace is the place to be.

Located in MGM Grand Las Vegas, Joël Robuchon is the flagship restaurant of this massive global chain. And this location is the definition of exquisite and luxury.

Created by celebrity chef Joël Robuchon, boasting over 30 Michelin stars and acclaimed as France’s Chef of the Century, it combines French grandiosity with a unique flair that creates a dining experience you’ll never forget. And it, too, is an example of fine dining at its best.

Enjoy their lavish reception, elegant Art Deco main dining room with a lush garden terrace reminiscent of 1930s Paris, marble floors, plush banquettes, and immaculate service. And feast on traditional French delicacies tailored to the most discriminating palates globally using only the finest meats, produce, and seafood. So expect a menu of masterly crafted signature dishes like Chocolate Soufflé, Le Caviar Imperial, and Truffle Langoustine. And you can also select from various menus, including à la carte or a multi-course tasting menu.

That said, if you want to splurge on, arguably, the blowout meal of your lifetime, Joël Robuchon won’t disappoint. Some of us may likely go broke during the process, as this is one of the most expensive restaurants in town, but hey, at least it’ll be worth every last dollar.

Located in the SAHARA Las Vegas, Bazaar Meat celebrates everything meat and does so with a fine dining Spanish flair that has garnered worldwide acclaim. Deemed the “Best Meat House in America,” Bazaar offers an award-winning steakhouse experience with mountains of meat crafted by Michelin-starred Chef José Andrés. And it’s simply the paradise meat lovers. Yet, this Bazaar also brings a unique decor, using an open kitchen concept with an elegant dining room filled with wood-fired grills.

But, as the name suggests, ultimately, Bazaar Meat makes meat the main attraction. And it does so with a Spanish flair. Expect a full slew of tasty meats ranging from Kobe beef, Suckling Pig, Bison, Jidori Chicken, and Ribeye Wagyu, along with Spanish dishes like Albondigas, Paella, Embutidos, and Jamón. Bazaar also ups the standard of traditional steakhouses by serving many other favorite dishes, including Cotton Candy Foie Gras, Caviar, and even a raw bar with Oysters and Sashimi. Plus, you can choose from multiple menu options, including a chef’s tasting menu.

That said, if you’re an avid meat lover looking for an award-winning feast, Bazaar Meat offers an unmatched experience. And your taste buds won’t be disappointed.

Located in Wynn Las Vegas, Wing Lei is an award-winning Chinese restaurant created by Michelin-starred chef Ming Yu. It was the first Chinese restaurant in North America to receive such a distinction but has received many other awards since, including the prestigious Forbes Five-Star.

Simply put, Wing Lei is nothing short of opulent and high-end. Their dining room replicates a traditional Chinese jewel box accented by elegant gold and jade finishes surrounded by beautiful century-old pomegranate trees to complement. Yet they also pair this luxurious decor as a backdrop to their mouth-watering Chinese delicacies taken from many regions of the country. Some of their many signature dishes include Peking Duck, Beef Shank with Pork Ear, Marinated Jellyfish, Chilled Abalone, and Braised Pork Belly. They also offer several menu options, including å la carte, Chef Ming’s Summer Signature Dinner, and the Imperial Peking Duck tasting.

Together with its outstanding cuisine and elegant yet stylish setting, Wing Lei has become the city’s best Chinese restaurant. And it’s without question a must-visit if you enjoy this cooking style.

Located just past Resort World Las Vegas, Peppermill Restaurant and Fireside Lounge, is vintage, to say the least. But this old-school bar and diner is far from average. Instead, Peppermill has been the diner of choice for nearly five decades for those wanting drool-worthy food 24/7 and a fun experience like no other.

First opened in 1972, Peppermill is one of the oldest restaurants on The Strip. And it’s filled with history and many famous movie appearances under its belt. It’s also constantly frequented by celebrities.

Inside, Peppermill delivers a retro and moody design reminiscent of the 1970s, crafted by mirrored ceilings, neon lighting, and plush fire pit seats. But the food selection is anything but retro. In fact, Peppermill features an all-day breakfast menu that we’ve rated as the best in Vegas. And it’s filled with your traditional favorites like Steak & Eggs, French toast, omelets, and waffles. But it has many unique options, too, like Crab Cake Benedict, Corn Beef Hash, and Pork Loin & Eggs. And of course, they also have a dinner menu featuring classic burgers, Philly Cheesesteak sandwiches, B.L.T.’s, Chicken Parmesan, and even B.B.Q. Pork Ribs.

That said, with its fun nightclub-like atmosphere and delicious food, Peppermill remains one of the hippest spots on The Strip. And it’s a must-visit if you want to experience a 40-year tradition and receive excellent value for money.

And there you have it. You now know the best restaurant options on the Vegas Strip. And you have some proven choices that will deliver an experience you’ll never forget.