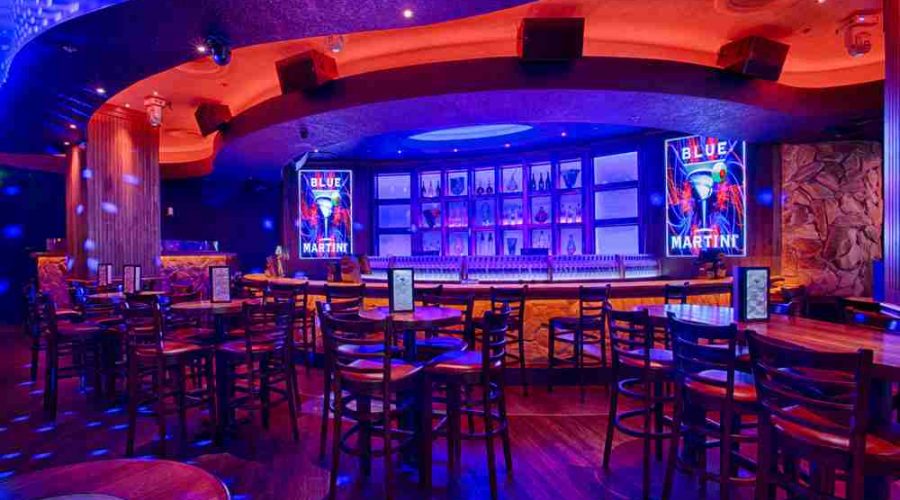 Looking for the best Latin clubs in Vegas?

Vegas has several long-standing clubs playing the latest reggaeton, pop, trap, and Latin styles like Bossa Nova, Mariachi, Banda, and more. And recently, a major nightclub has joined in the fun. So finally gone are the days of having limited options. Now visitors also have a world-renowned nightclub ready for them to kill the dance floors with merengue, salsa, and bachata.

With that said, let’s cover the options you have for Latin music here in Las Vegas.

Historically, it used to be that only a few smaller lounges and bars were open for Latin nights. Then there was KOAS Nightclub, a dedicated club that unfortunately closed. Thankfully last year, things changed. And now there’s a new player on this scene, which is also the hottest club in town.

Located in Caesars Palace, Omnia Nightclub is now the only mega-club offering a dedicated Latin experience on The Strip. And this is particularly excellent news for those wanting to explore arguably, the most jaw-dropping club in Vegas. So now, with it being the only mega-club option, it’s an easy choice for a party that’s sure to impress. This year, it’s more popular than ever, so Omnia has even dedicated an entire night to the event.

On Sundays, Omnia hosts Deseo (Desire) Sundays, a wildly popular event always packed and high-energy. Omnia is a multi-level club sprawling over 75,000 SQ FT. But for Deseo Sundays, they rotate where the party is hosted in the club to keep the scene fresh. On some days, like Mexican Independence Day, it’ll be held in the main room, which features a world-class interior design and a colossal chandelier setup that engulfs the dancefloor.

On other days it’s held in the Heart of Omnia, designed as a seductive liar with an intimate dark mood. But the best place is Deseo on the Terrace. Here you’ll party on Omnia’s upstairs rooftop and experience its cabanas and VIP sofas. You’ll also see a gorgeous panoramic view of The Strip, including Ballys, Flamingo, and Paris casinos. And the view alone from here is easily the best angle in town.

Otherwise, Deseo Latin Sundays play a diverse music format. So expect a mix of Latin music, but also Hip-Hop and R & B occasionally. Still be ready to dance merengue, salsa, and cumbia for sure.

That said, as a package, Omnia Nightclub is the best Latin club in Vegas, hands down. And while everyone knows Omnia as one of the top EDM clubs, it’s transformed its reputation nicely. So if you’re looking for the #1 nightclub for Latin music, look no further.

First launched in 1970, Señor Frogs is a longstanding restaurant-bar franchise located in Mexico, the Caribbean, and the U.S. But the Vegas location is known for its authentic Mexican hospitality and fun party atmosphere.

Located in the Treasure Island Hotel, Señor Frogs transforms from a traditional Mexican restaurant during the day to one of the funniest Latin venues on The Strip by night. Open Wednesdays through Sundays, hundreds of locals and tourists gather here for an amazing party.

Inside, Señor Frogs has three separate dance floors and two spacious floors. The ground level usually has a DJ that plays Top 40s music. And it also has an outdoor patio area. But, upstairs on their second dance floor and patio overlooking The Strip is where the real fun is. Here the DJ plays a mix of Bachata, Merengue, Salsa, Cumbia, Banda, and more.

But sometimes, they skip the DJ altogether and have live bands instead. Either way, expect many guests to be seasoned dancers and tear up the dance floor. And be ready to let loose and dance to many classic Latin hits.

Blue Martini Lounge is a chain with several locations across the U.S. But, their Vegas branch is known for being contemporary, chic, and very upscale. And it’s also been standing strong this way for well over a decade.

Located in Town Square, Blue Martini Lounge was initially known for its excellent happy hour, which they hosted daily. But, they’re also the venue that pioneered a relevant Latin night here in Vegas. And their Noches Azul Thursdays gradually became a wildly popular event. But, today, it’s a staple night and a must-go weekly party.

Inside Blue Martini, you’ll experience their upscale decor in the VIP lounge, modern outdoor bar with a comfy patio, and excellent music selection at the main stage. Blue Martini is also home to several celebrity guests, most recently Twista and J Holiday. Either way, though, get ready to enjoy a diverse selection of Latin music, from Salsa to Bachata, Merengue, and more.

Well, since there’s only one major club in Vegas that plays Latin music, it’s fairly easy to figure out where to go on weekends. That said, the other venues mentioned above do have fantastic parties. And they’re definitely better options if you want to dance all night rather than hang around in VIP areas or people watch.

Still, as a package, Omnia is easily the best choice if you’re in town on a Sunday night. And the other venues are best if you want to go out other nights.